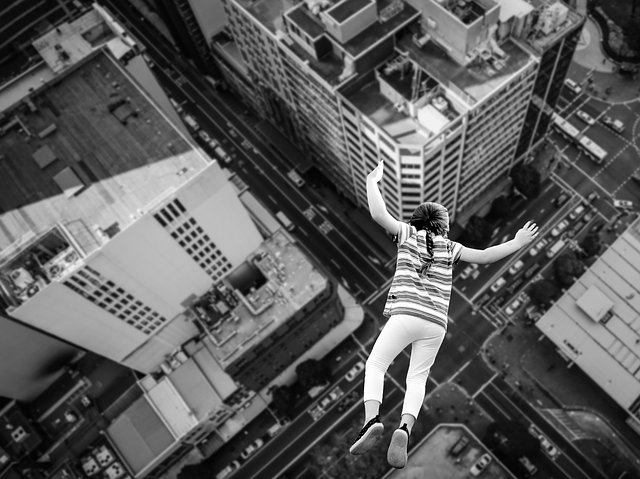 Many times, over the course of our lives we let fear hold us back. Even in writing. Which is silly to think about, but I’m sure you’ve done it too. Whether it’s fear of being ridiculed, fear of failure or even fear of success.

I am no psychologist, so I’m here to talk about taking new leaps.

Along with fiction writing, I am also a contributor to the online magazine 1428elm.com. For those who don’t know, it’s a horror news magazine. 1428 Elm is the fictional address of Freddy Kruger, Nightmare on Elm St. Recently I have been writing about the TV Series Z-Nation – based on zombies – if you’re into that sort of thing. As season three ended, and we are waiting for the next to begin, I got the brilliant idea to see if I could interview the shows creator, Karl Schaefer.

That’s when the fear gripped me. I mean seriously, zombies, pssh they don’t scare me because they are not real, but trying to reach out to a creative genius and talk to him! Now that’s frightening. So, I told myself all I can do is try to find him at this point. Chill, this could be a search in vain. How do I even find a show writer/director/producer? And I won’t bore you with all that – but I did find him. Then I buckled down and asked if he would be interested in doing an interview. Because really all he can do is, #1 completely ignore me (perhaps block me) or #2 Say no. And what is going to happen to me from these results – NOTHING!

When Karl responded with a YES and here’s my personal email, I was on cloud nine. I mean seriously, I had an idea, I did some research, and I followed through. What was there to be afraid of? I got results, and it was fun.

You can read that interview below if you want to see how it went.

Bonus, my dear friend, and writer extraordinaire Susan Leighton was lucky enough to wrangle in the big cheese (or should I say big chin?) none other than Bruce Campbell himself. I’ve posted that interview as well.

So, what’s holding you back? Get out there and have fun writing.

Gunning for your Love. By Theresa Jacobs and Aimie Page